My very first job was at a sandwich store called Gourmet Fast & Fresh. It wasn’t any ordinary sandwich shop, it was like a supermarket of sandwiches and baguettes. It was housed in a two storey building. The top level was where the sandwiches were made and packed, then downstairs was were they were displayed and sold. Customers simply came in and chose their pre-made sandwiches, selected a drink, picked up a sweet dessert and paid for them at the register.

The managers were a married couple and they were very charitable and kind. At the end of every night they allowed the employees to take home whatever they did not sell and if there was anything left after that, they gave it to the Salvation Army.

It introduced me to combinations of fillings that I had never seen before:
Turkey + Cranberry Sauce + Camembert
Chicken + Avocado + Mayo + Bacon
Tuna + Mayo + Corn + Lettuce

For a fresh-out-of-high-school teenager, all these combinations seemed new and exciting. I ate myself silly for the 6 months that I was employed there.

They also introduced me to Pecan Pie. I grew up on Vietnamese and Chinese cuisine and had never heard of pecan pie. When one of the cashiers sung its praises I became very curious and took one home to try. I will never forget my first bite. When I sunk my teeth into the little pie I marveled at the buttery pastry and the crunchy nut. The centre was sweet and soft. From then on, I made sure that I would take home a pecan pie if there were any left in the open-faced fridge.

The shop has since closed down and is now a shoe store. I have tried various pecan pies around Sydney and have not found one that matched the magic of the one’s available at the sandwich shop. They were either too sweet, tasteless or had the texture of over cooked egg yolks.

I came across this recipe in Dorie Greenspan’s Baking cookbook, she had listed it as her favourite version of pecan pie – not to sweet. It had coffee, cinnamon and chocolate incorporated into the filling. I researched some blogs and the general consensus was that it was a marvelous version of the treat. So I gave it a go. Although it was not at all the same, I still really enjoyed it. 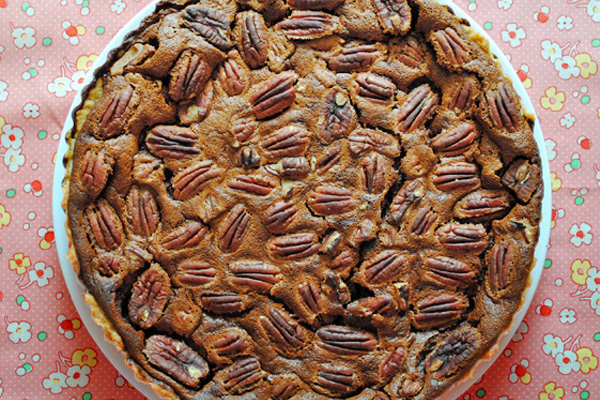 1/ Position a rack in the lower third of the oven and preheat the oven to 220 degrees. Put the pie plate on a baking sheet lined with parchment or a silicone mat.

2/ In a large bowl, whisk the corn syrup and brown sugar together until smooth. Whisk in the melted butter, then add the eggs one at a time, beating until you have a smooth, foamy mixture. Add the espresso powder, vanilla, cinnamon and salt and give the batter a good mix.

3/ Rap the bowl against the counter a couple of times to pop any bubbles that might have formed, then stir in the pecans and chocolate. Turn the filling into the crust.

4/ Bake the pie for 15 minutes. Meanwhile, make a foil shield for the crust by cutting a 9-inch circle out of the center of an 11-or 12-inch square of aluminum foil.

5/ Lower the oven temperature to 175 degrees. Place the foil shield on top of the pie—the filling will be exposed, the crust covered by the foil. Bake the pie for another 15 to 20 minutes (total baking time is 30 to 35 minutes), or until it has puffed (the middle and the edges should be fairly evenly puffed), is beautifully browned and no longer jiggles when tapped.

6/ Transfer the pie plate to a rack, remove the shield and cool to room temperature. 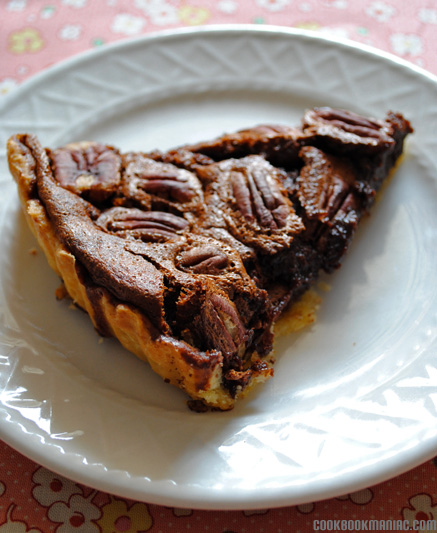 Tips from the cookbookmaniac
* I used Whittakers Bittersweet 65% Cocoa Dark Chocolate. It melted into the filling and turned it pudding like. The cross section of my pie did not look anything like the picture in the cookbook. It looked a kinda ugly, but tasted fantastic!
* Whilst cooking in the oven, some of the filling spilled over the crust and that part of the crust collapsed. This should only be filled 3/4 of the way. It puffs up dramatically. 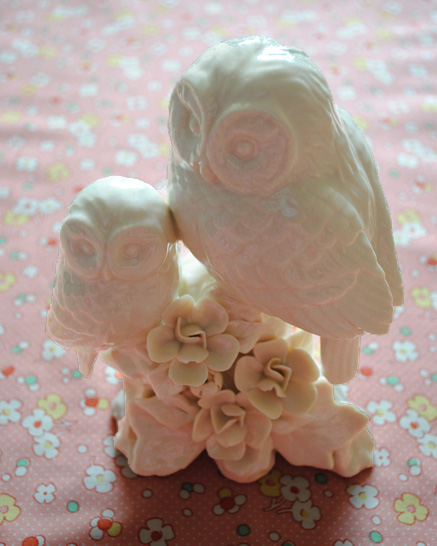 I picked these up for $12.00 at Victoria’s Basement. It was just too pretty to pass up. I tried to put them into the photo’s of the Pecan Pie but it didn